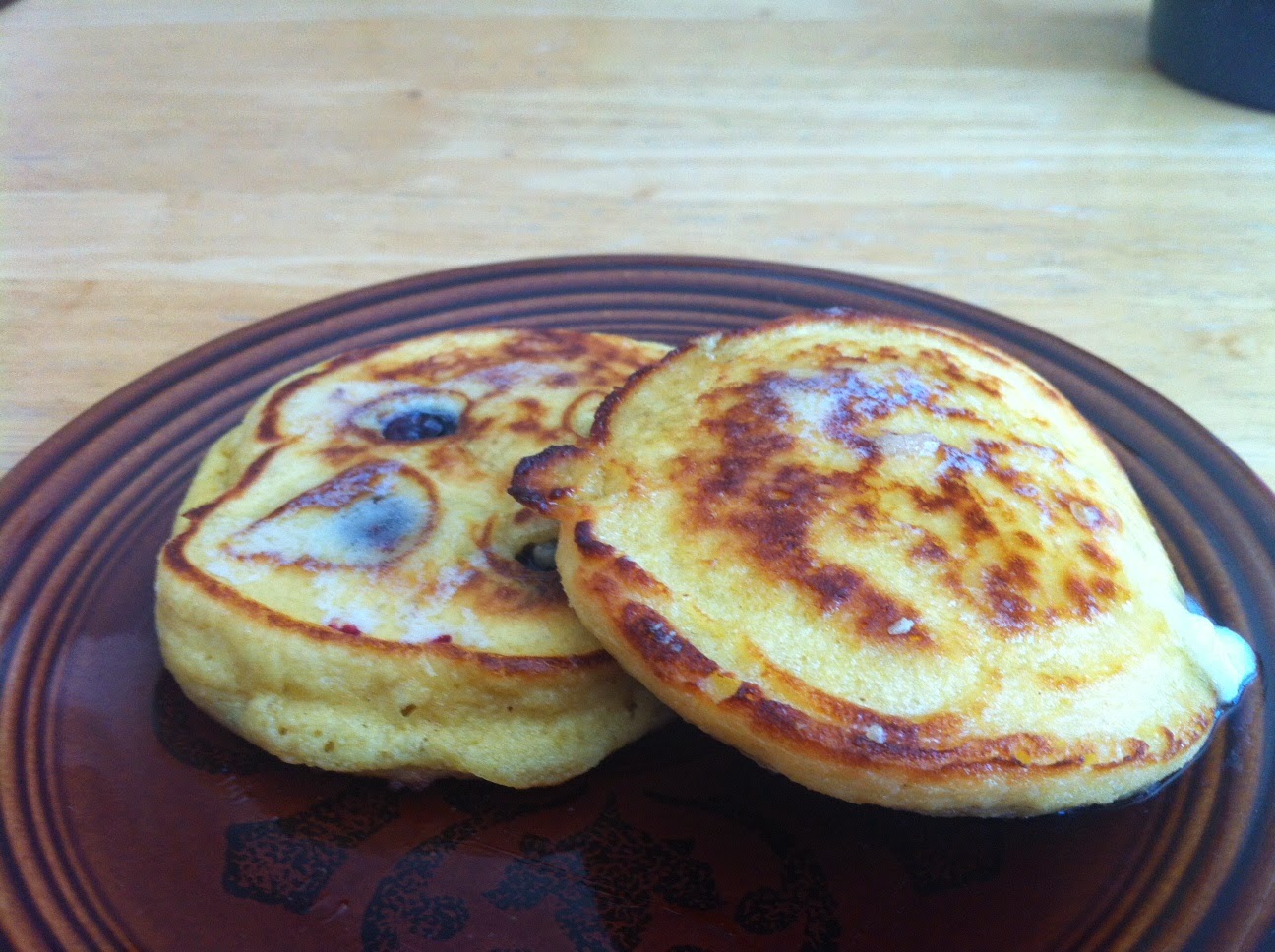 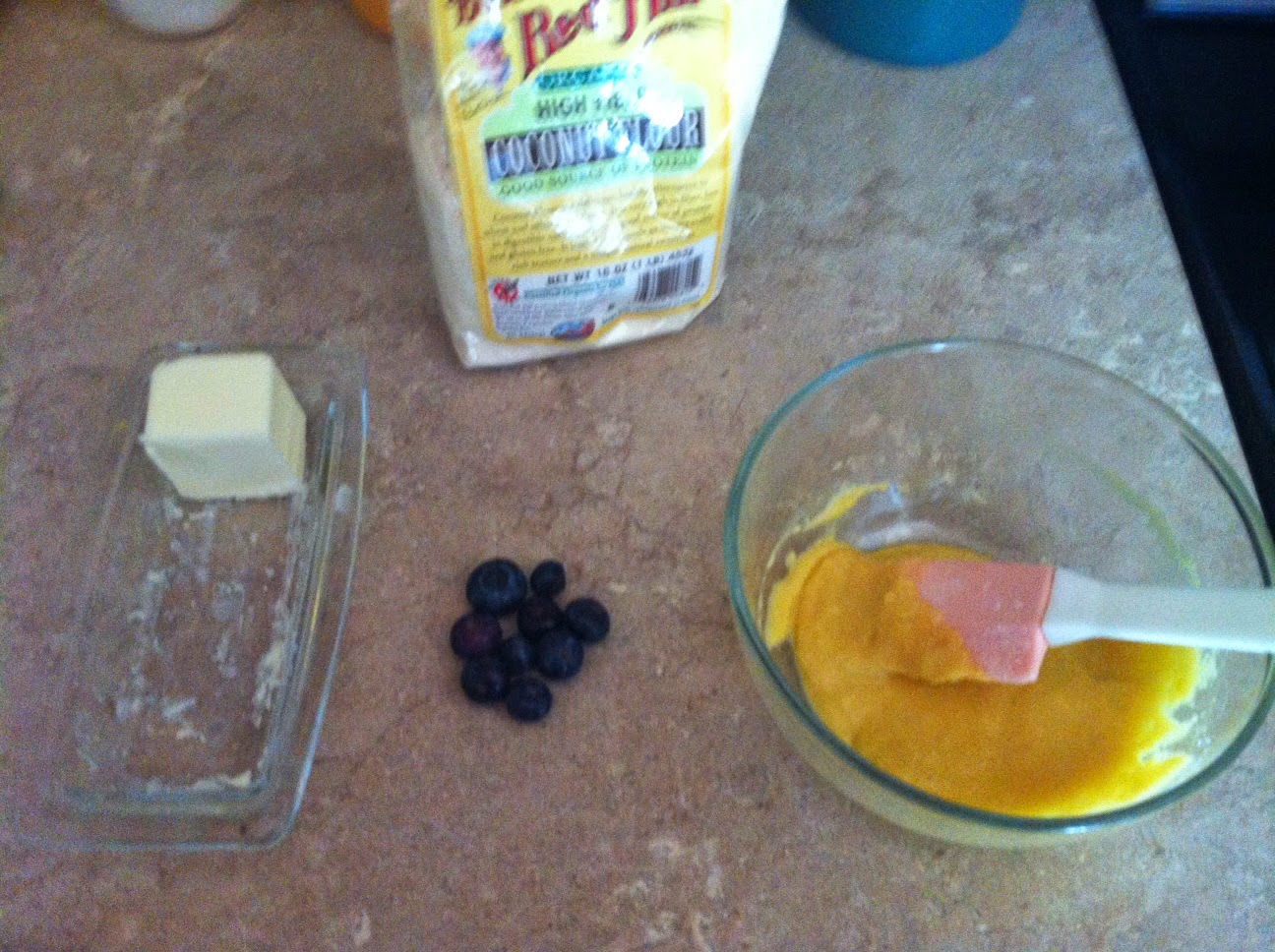 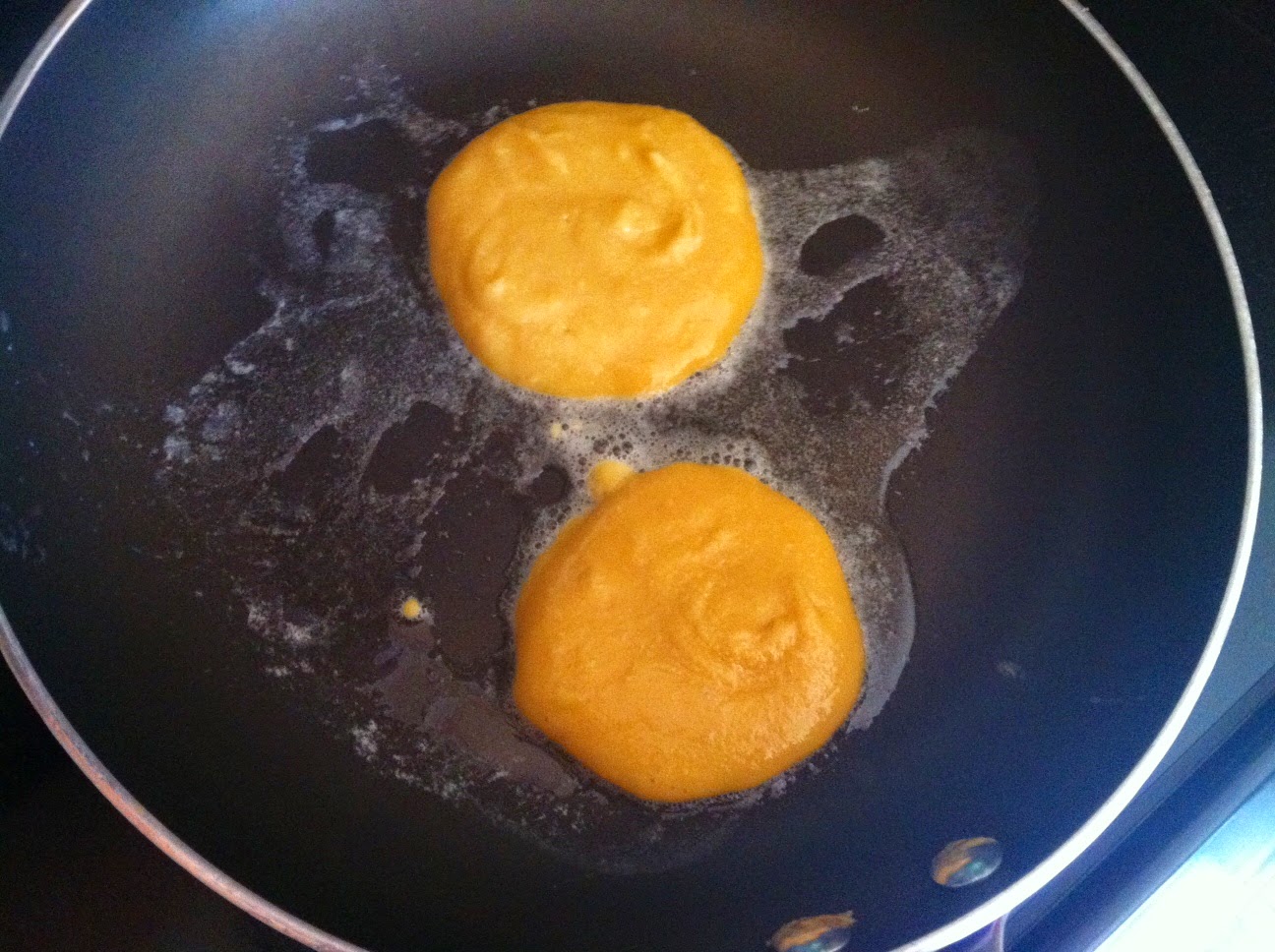 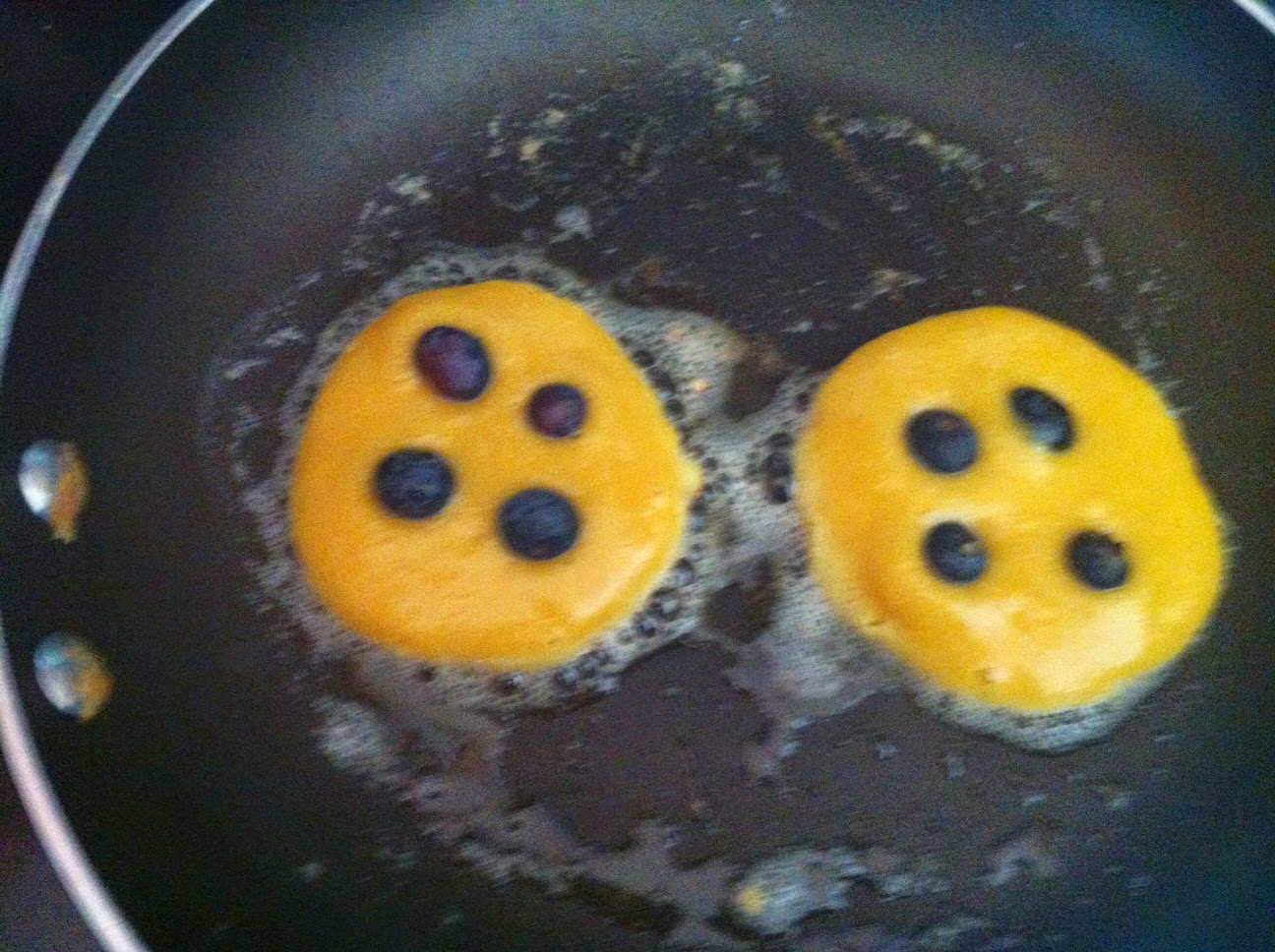 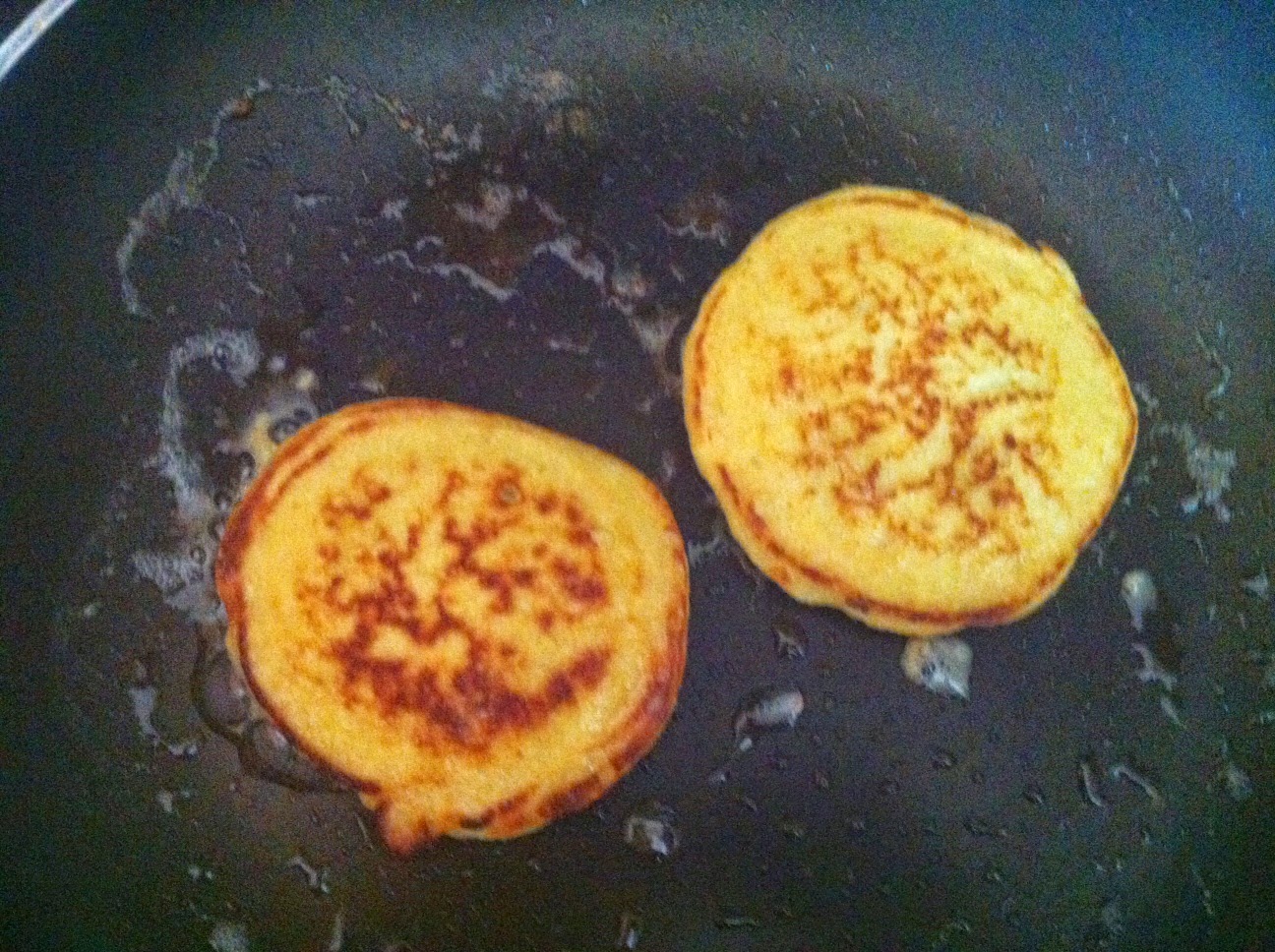 Yum!  Not hyperpalatable, not exactly like regular pancakes, but they were good, they tasted like real food, and they looked and felt enough like pancakes to satisfy my craving.  Being mostly egg, the flavor and texture were like a thick crepe.  I had more butter and a tiny bit of maple syrup on them.  It was a small serving - I think I'd plan on at least twice this per person for anything more than a dainty treat.  So simple, with no fancy steps and only using ingredients I have on hand all the time.  Try them!  I think I might make them for Alek (and sub fruit for the syrup).  I might need to call them fancy egg circles so he doesn't think I'm getting soft and letting him have pancakes.
Posted by Amy at 1:44 PM

Excellent idea, thanks for being adventuresome! We will try this..